“And, seand Virgill on ane lettrune stand,
To writ anone I hynt ane pene in hand” 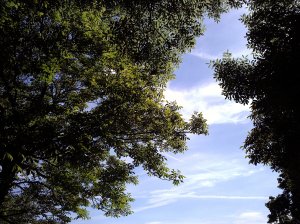 Gavin Douglas (1474–1522) was the Provost of St Giles Cathedral in Edinburgh when, exactly five hundred years ago, in June 1513, he completed Eneados, his translation of Virgil’s Aeneid into Middle Scots. He also wrote an original Prologue for each of Virgil’s twelve books – and for an additional thirteenth book, written by Mapheus Vegius in 1428. The prologues describe with immediacy Scottish landscapes and weather – a May morning, a June evening, a chill winter.

Below is a several-handed translation, of an extract (lines 51–77, & 85–88) from ‘The Proloug of the Threttene Buik of Eneados Ekit to Virgill be Mapheus Vegius’; on a bucolic June evening, Douglas encounters Mapheus. The translators are Felicity McNab (FM), Nicky Harman (NH), Susan Mackervoy (SM), and myself (KC); the original follows.

And soon every creature that came into the bay or field, flood, forest, earth or air or in the scrubland or wooded copse, lakes, marshes or their pools, lies settled down still, to sleep and rest in darkness. Also the small birds sat on their nests, with little midges and irksome fleas, hard-working moths and busy bees, both wild and tame beasts and every other great and small thing, except the merry nightingale Philomene who sat on the thorn tree singing from the spleen. (FMcN)

How I longed to hear those notes cascade
And wandered till I found a tree-filled glade
I take a seat beneath a glossy bay
So my thoughts too can wander as they may. (NH)

I could see bright stars – the Pole Star, the Bear –
a crescent moon (quite dim in the summer skies)
and Venus and Jupiter (what a pair!)
beaming down. So, lying there – what with the
calm night, what with the birdsong – pretty soon
I nodded off.
And saw an old man standing there,
under my tree. I asked him why he’d come,
and if he harboured ill intent towards me. (SM)

His figure-hugging outfit, trim and neat,
was long enough to cover up his feet
while on his brow the laurel-wreath he wore
put me in mind of ye olde bards of yore. (KC) 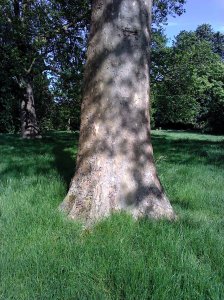 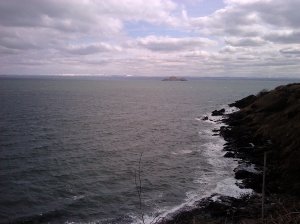 And here are a few lines describing a storm at sea in the words of Virgil, Douglas and (based on Douglas’s second stanza) Robert Chandler.

Ane blusterand bub, out fra the northt braying,
Cane our the foirschip in the bak sail dyng
And to the sternys up the fluide can cast;
The ayris, hachis, and the takillis brast,
The schippis stevyn frawart hir went can writhe
And turnit hir braid syide to the wallis swithe.

Heich as ane hill the jaw of watter brak
And in ane help come on thame with ane swak.
Sum hesit hoverand on the wallis hycht
And sum the sownschand see so law gart lycht
Thame semit the erd oppinnit amyd the flude;
The stowr wp bullerit sand as it war wuid.

Hill high hung the well of water,
then dropped down on the ships with one swift blow.
Wave-winged, one boat stood hovering in the sky
while other boats were drawn down to such depths
it seemed earth’s jaws had sucked all sea away
and left just one wild swirl of sand and spray. (RC)

According to Ezra Pound, “Gavin Douglas was a great poet… I am inclined to think that he gets more poetry out of Virgil than any other translator”.

The 1874 edition of Douglas’s Eneados is available online here. This link is to volume 2 of a 4-volume edition of his ‘Poetical Works’ published in 1874, which contains Books I–V of Eneados – if you click on the ‘Author’ text – ‘Gawin Douglas , Maffeo Vegio, Virgil’ you can find volumes 3 and 4, which contain the rest of the work.

The photographs were taken on 4 June in Kensington Gardens, except the seascape which shows the Firth of Forth from Kinghorn, last April.

Gavin Douglas wrote the lines below about a May morning 500 years ago, as part of his Prologue to Book XI of Eneados, his translation of Virgil’s Aeneid.

I read it beneath a cedar in Edinburgh’s Botanic Gardens at the weekend, as part of the ‘Spring Blossoms’ walks.

But it also seems a good match to this picture of me at Stonefield Castle, near Tarbert in Kintyre, taken by ~in the fields while I was visiting them there last week (even if rhododendrons hadn’t yet reached Scotland in 1513). 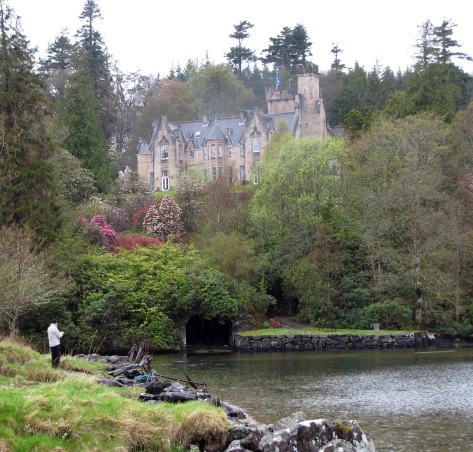