I contributed a sequence of seven short poems, taking as my starting point Wordsworth’s ‘The Solitary Reaper’. They were presented as prints, and as a booklet in the display case.

The photographs on the wall are by Tomohiko Ogawa, and show postcards of Scotland ‘matched’ with landscapes in Japan. Tomohiko also took these exhibition photographs. 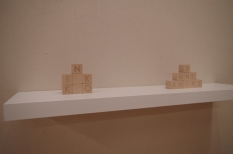 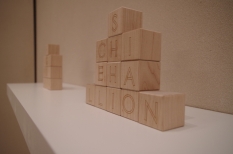 Some of Alec Finlay’s word-mountains were also shown. There is a fine, informative catalogue; below is a page with Tomohiko’s photographs, including one we used on the cover of The Road North (middle left; on the book cover it’s reversed), and a page with background to my take on ‘The Solitary Reaper’.

One thought on “Kakimori Bunko”