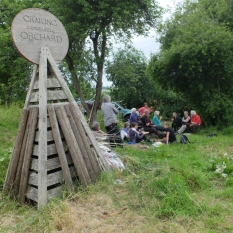 A brief follow-up to last year’s post about Crailing Community Orchard. I wrote short poems about the apple and pear varieties growing there, which were printed onto botanical labels. Earlier this year these were installed by the respective trees in the orchard. Here is a selection. Happy eating!

Beurré Hardy, raised c.1820, was named after a M. Hardy, then director of the Luxembourg Gardens in Paris. 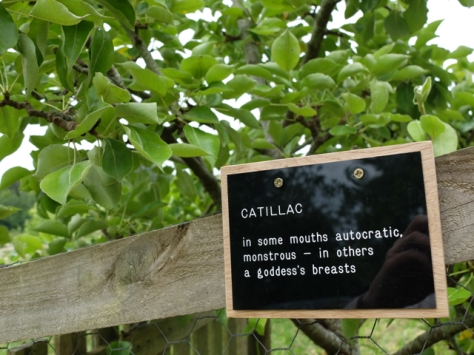 Catillac is an old pear variety which has been given many different names, including Monstreuse de Landes, Grand Monarque and Grand Mogol, though its current English name derives from the place-name Cadillac in the Gironde area of France.

The Concorde pear combines the Conference and Comice pear varieties, the former popular in Europe, the latter in the USA. 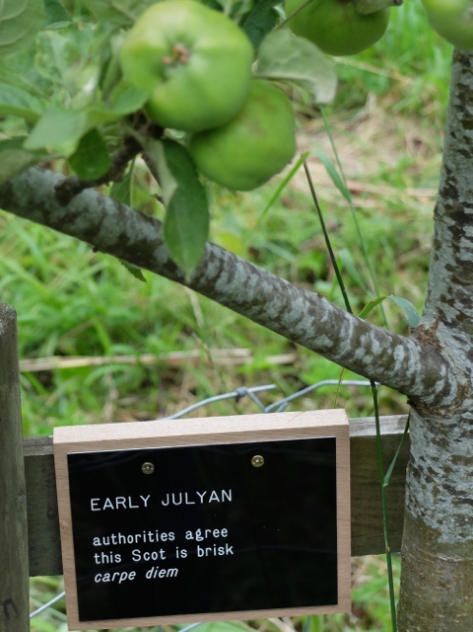 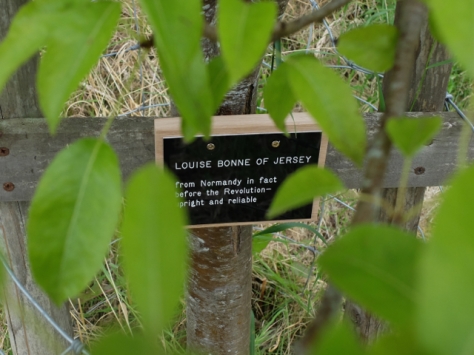 Louise Bonne of Jersey was raised c.1780 in Normandy, and was later introduced to England via the Channel Islands.

White Melrose was probably introduced to Scotland by the monks of Melrose Abbey, who as Cistercians wore white robes, to distinguish themselves from the black-robed Benedictines.